Mechanical Keyboard Vs Normal Keyboard: Everything You Need To Know 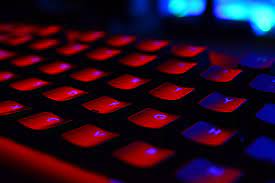 There is a lot of similarity between keyboards and typewriters, but the arrangements are different. It is an input device that receives letters or characters from a user, processes them, and displays the output on a monitor screen. The keyboard has several push buttons called keys.

Keyboards were initially used for typing, but now they are used by gamers, editors, and professionals.

Please continue reading for some who still wonder what is so different between a mechanical keyboard and the regular keyboards we use every day. I will try to explain what makes them different and hopefully give you more knowledge about these two types of keyboards.

Normal Keyboard: A normal keyboard uses a rubber dome or membrane to complete a circuit when you press a key on it.

Mechanical Keyboard: A mechanical keyboard uses physical switches beneath the keys to determine when a key has been pressed. When you press a key on a mechanical keyboard, you can feel and hear the tactile feedback of the switch as it actuates.

· Number of Keys Required to Perform Your Job

A standard keyboard could have extra keys for each application or game you play, while not all games or software support these keys. You may have to buy a gaming keypad if you want more dedicated buttons on your computer keyboard for playing games. On the other hand, because it uses less space than a full-size keypad with extra keys, the mechanical one allows manufacturers to place larger keys on a keyboard. This is especially important for those who tend to strike wrong keys when typing.

Another big plus of the mechanical keyboards is their comfort for extended use. Because you do not have to press them as hard as standard keyboards, they reduce hand and wrist fatigue over time! In addition, with the click sound every time you press a key, it’s easier not to lose focus on what you’re doing by constantly thinking about whether or not your fingers are correctly positioned on the primary keys.

With this kind of keyboard, there is very little learning required because standard keyboards can become “second nature” after enough practice!

Agree that automatic batteries last longer than standard batteries. But the durability of other features such as switches and cables is still a mystery, so we’ll just have to wait and see how long they last!

The difference in price between the two types of keyboard is only about $20 – USD 40, meaning that you get what you pay for instead of paying for any extra frills or gimmicks.

One of the best features of mechanical keyboards is that you can use any key-cap set you want on them, including back-lit keysets! Suppose your computer keyboard does not have individually lit keys (such as the Razer Black-widow Chroma). In that case, this is excellent news for you because it allows you to buy anything you want and make your keyboard look like nothing else in the world.

Normal Keyboards: Typically require less force and have quicker response times thanks to the absence of physical switches. Some gamers prefer to feel their keypress actuating beneath the keys, where mechanical keyboards come into play.

Mechanical Keyboards: Typically require more force and take longer for their response times due to physical switches beneath each key. Gamers who want tactile gratification will often opt for mechanical keyboards to hear and feel when the computer registers its commands.

Regular Keyboards: The keys will sit evenly with one another because there’s nothing underneath them aside from a flat membrane or rubber dome. There isn’t any tactility with regular keyboards since all you get is visual feedback via on-screen prompts letting you know your command was received.

Mechanical Keyboards: The keys will sit close together thanks to the presence of physical switches beneath them. When you press a key on a mechanical keyboard, there’s firmness, and an audible ‘click’ as the switch actuates. You’ll also feel tactile feedback when using one who can take some getting used to if you’re switching from a standard keyboard.

Regular Keyboards: The distance traveled by each keystroke will vary depending on your typing speed, but there won’t be much difference between the shortest and longest critical travel distances since they’re all flat and level with one another due to no one physical mechanism underneath each keycap.

Mechanical Keyboards: The longer, deeper strokes of mechanical switches beneath each key-cap means that there will be more of a difference in crucial travel distances. You’ll feel each button actuate and make contact at varying degrees depending on which keys you press, giving you a deeper level of tactile feedback for faster typing and improved accuracy.

Normal Keyboards: Normal keyboards don’t offer much choice for layout since everything is evenly spaced and all the same size. They’re not customizable like mechanical keyboards that allow you to choose from several different styles, such as the ROCCAT Ryos Pro Mechanical Gaming Keyboard’s offered.

Mechanical Keyboards: If you’re looking for ultimate customization, look no further than a mechanical keyboard because it doesn’t get any better than this! There are many different layouts, designs, sizes, and features to choose from when you opt for a mechanical keyboard. Everything is user-friendly, so you won’t have any trouble finding the switch style that works best for you, with some models even coming equipped with an in-built audio speaker which can be used during game-play.

Standard Keyboards: The keys on most normal keyboards feel smooth without much resistance since they’re padded by plastic membranes or rubber domes beneath them. Some people prefer this type of feedback while others want something more tactile, where mechanical keyboards come into play thanks to their physical switches below each key-cap.

Mechanical Keyboards: Each time you press down on a key-cap of a mechanical keyboard, you’ll feel a click as the switch is activated. This tactile feedback will let you know that the computer has received your command, which can provide quicker response times during game-play.